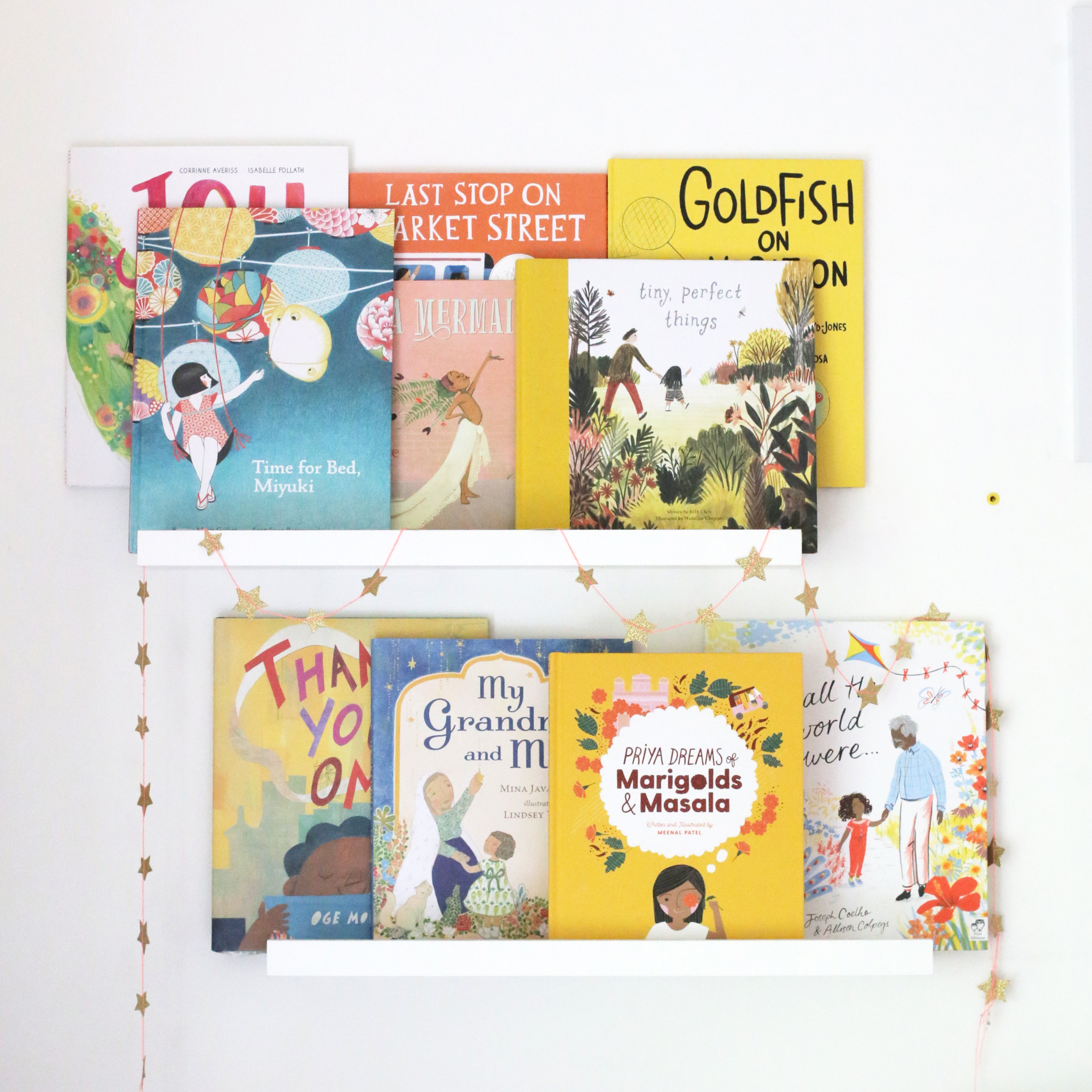 There are so many beatiful picture books that celebrate grandparents in various ways. Priya Dreams of Marigolds & Masala is the newest addition to our shevles and it is full of sweetnes and rich in tradition. I had a chance to chat with Meenal Patel about writing, inspiration and how she went about publishing. Secret Society of Books: Can you share where your inspiration and drive came from?

Meenal: My nieces are a big inspiration to me. The main characters in both of my books are named after them. I started my first children’s book, Neela Goes to San Francisco, back in 2012 but didn’t publish it widely until 2016. The initial version of that book was intended only for my niece, Neela, as a one-off gift to her. I wanted her to have a memory of visiting me in San Francisco and I loved reading to her so it seemed like a good present. Watching her absolute delight in seeing a character in a book that resembled her was really powerful and made me want to dive deeper into children’s books. After seeing Neela’s reaction to that first book, it made me think more about how powerful imagery is for kids and how important it is for them to see themselves reflected in the imagery and stories around them.

I dove deeper into my own experiences with this second book. I went to India with my parents a few years ago for the first time as an adult. I had always wanted to see the country where my family is from with my parents. India is a full-sensory place and I was so inspired by the people, colors, patterns, food, and sounds. I was also struck by how so much felt familiar to things in my life growing up, and at the same time, so many things felt foreign. After that trip, I knew I wanted to make a picture book with India as a part of it.

I grew up in a city that wasn’t very diverse. Making this book made me dig deep about my experiences feeling so different from the people around me. I had a wonderful life as a child but I put up walls between all of my identities because I was afraid of being different. It was lonely trying to be “American” enough in some scenarios and “Indian” enough in other scenarios. It wasn’t until I was an adult that I realized how important it is to allow all parts of my identity to mix and to share all parts of me with people. It’s an ongoing effort, but making this book helped me unpack some of these things. And I think a lot of other people can relate to these feelings. I hope this book inspires kids to take pride in all their identities and inspires them to be kindly curious about other cultures. 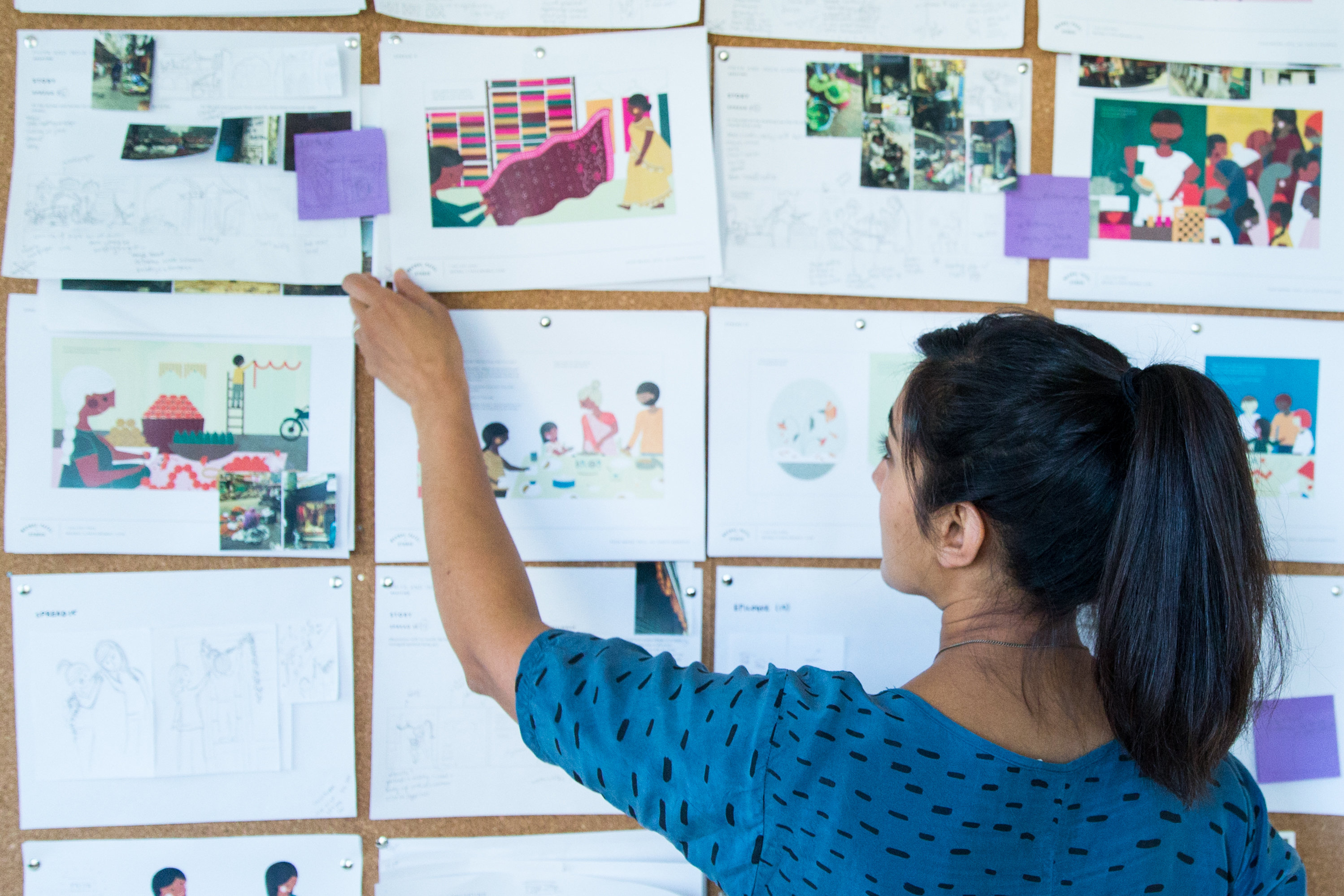 SSOB: Did you approach publishers first or go straight to Kickstarter?

M: I published this book through a process called hybrid publishing, which is in between traditional publishing and self-publishing. The hybrid publisher that I worked with provided services for many critical parts of the book making process – rigorous editing, proofreading, setup with standard distribution, among other things. I’m an illustrator and have a background in graphic design so I was able to handle those aspects. I also had to handle marketing and all of the costs associated with printing, consulting, marketing, and distribution. I did a Kickstarter campaign to fund the costs of the first print run and it was a good way for me to gauge interest in the book.

My first book was completely self-published and I learned so much during that process. I learned that my biggest pain point was not being able to get into standard distribution channels on my own, which meant it was extremely hard to get my book into stores and to get the critical industry standard reviews needed to help promote the book. Hybrid publishing was a way for me to take my new book to the next level. I’m learning a lot again with the process of going through it. I’d love to try traditionally publishing in the future!

SSOB: How long did it take from the time you had the idea to getting the completed book in your hand?

M: After that trip to India, I stewed on what the story would be for about a year and a half on and off. I started coming up with ideas for the storyline and writing but nothing felt right. Ultimately, I scrapped everything and started over. I had to dig really deep to find this story. But then as I wrote, pieces of it fell out of me and felt really honest.

After the story was written, I started the illustration process. The first steps were character sketches, color studies and storyboarding – breaking down the words and what visuals would pair well with them to help tell the story. I pulled inspiration from the photos from my trip and did a lot of research as well. I like to do a few tiny pencil sketches for each page to get my ideas out before selecting one to develop further. Once the illustrations were ready, I designed the book and prepared the production files. While the book was printing I further developed my marketing plans.

So to answer your question, from the time of that trip that sparked the beginnings of this book to the publication date was about two and a half years. Children’s picture books are a long process but so gratifying once the book is out in the world!

SSOB: Most people start with writing or illustrating first because doing both is such a big task, which part did you struggle with the most?

M: Finding the story and writing it was the most challenging part for me. Initially all of my story ideas were pretty surface level and broad. I knew I wanted it to be something about India – perhaps color or sensory moments or about all the diversity within the country. I wrote so many storylines but nothing felt right and I didn’t know why. I was frustrated and hit a wall. I shared what I had with my husband and a couple close friends. They encouraged me to spend some time writing freely without judging what I was putting down. So I sat down and instead of trying to write a story or trying to figure out what the book was about, I journaled about why that trip to India had such a big impact on me. This led to diving into a rabbit hole of writing about memories growing up. It helped me to unpack experiences throughout my life and why that trip to India brought out so many emotions. Ultimately bits and pieces of that journaling felt so honest and became the beginnings of a story. The rest flowed out from there. This story became something really different from what I had set out to make and I think that’s for the best. It came from a really honest place and hopefully that means people will connect to it on an emotional level. 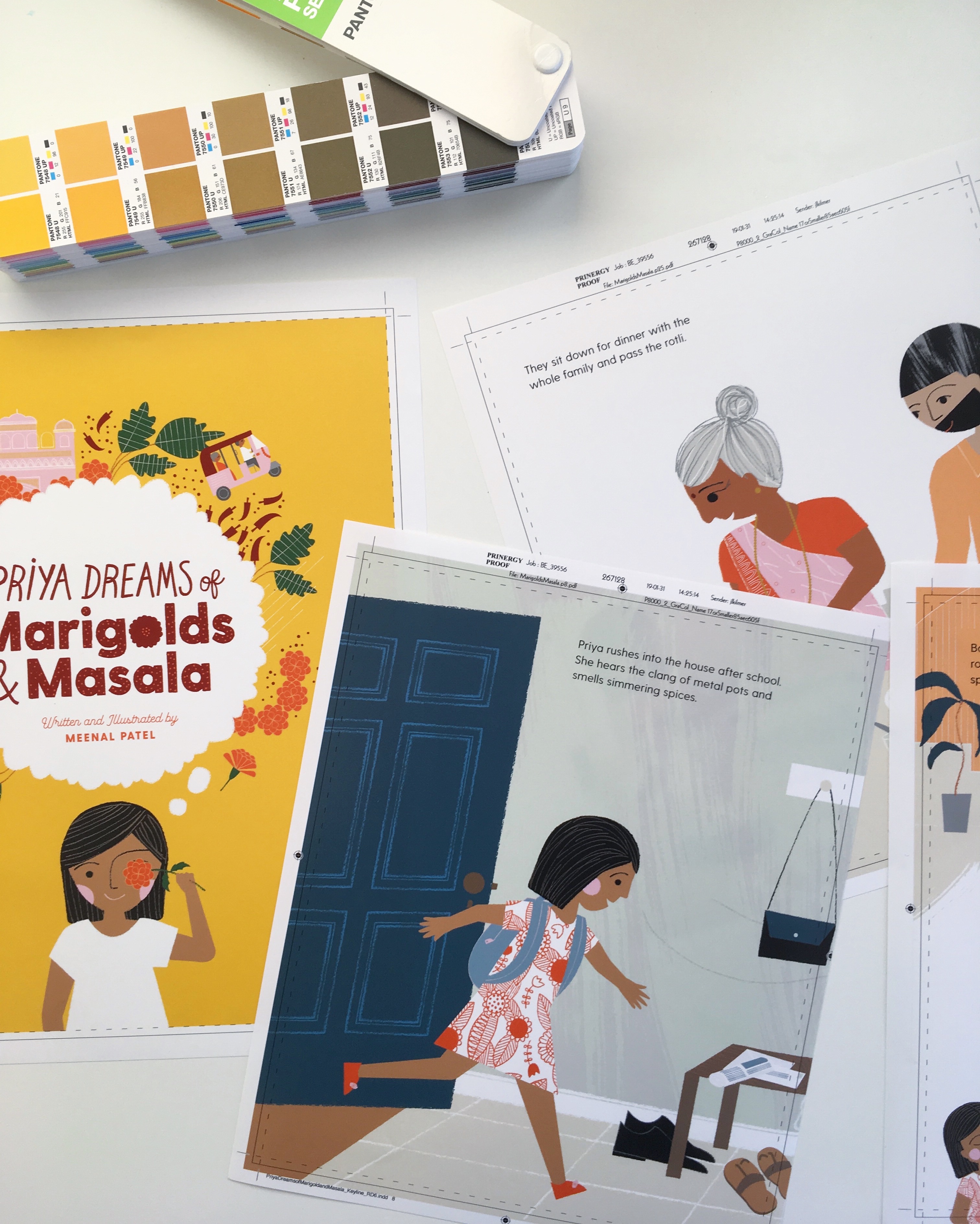 SSOB: What advice would you give to someone dreaming of making their own picture book?

M: You can have lots of ideas but oftentimes the hardest thing to do is to sit down and start. That blank page can feel intimidating and I certainly still get that feeling for both writing and illustrating. But make yourself sit down and start. Give yourself a real chance to shake out all your ideas, thoughts, and feelings on paper. Write and write and write without judging because the editing can happen later.

SSOB: In celebration of grandparents, can you tell us a memory have of yours?

M: My Ba and Bapuji lived with us. My Ba would make rotli for dinner almost every day during the week. When my sister and I got home from school she would take the first few, hot fresh rotli from the stove, drizzle it with ghee, add a generous sprinkling of sugar, and fold it into quarters. We called it sugar babi. I remember her big smile as she handed the sugar babi to my sister and me.

The set of grandparents, Ba and Dadu, that didn’t live with us had a dairy mart. When we would visit them, they would take my sister and me to work with them. When we weren’t helping them with little tasks around the shop, we’d sit on milk crates behind the counter and have slush puppies and Swedish fish. It was a real life version of playing shop and we loved it! you can find more about Meenal here and find Priya Dreams of Marigolds & Masala here.